Tipp Oil Manufacturer Ltd. & Co. KG, a manufacturer of high-quality lubricants, has developed the world’s first digitally supported redemption system for plastic containers in the oil industry: Rebottle. As a result, it has taken first place in the category “In-company Sustainability” as part of the Digital Mittelstands-Award (DIMA) initiated by Visable. Tipp Oil accepts used containers free of charge, cleans them and refills them with its lubricants. 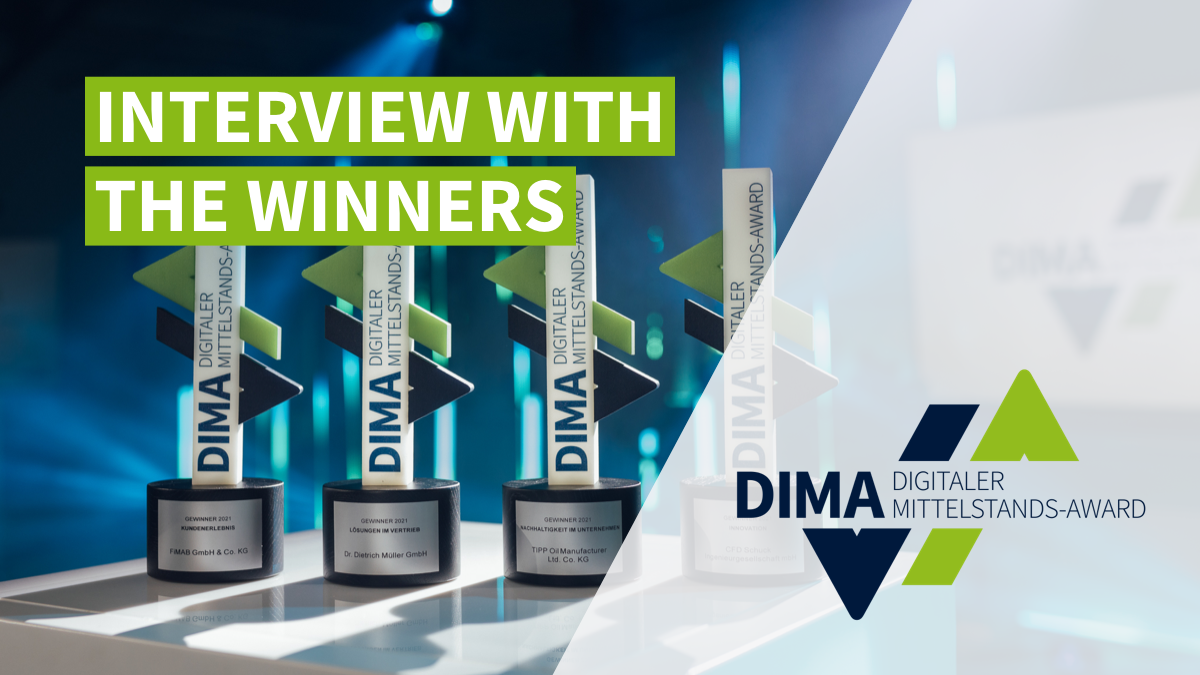 In an interview with Tipp Oil’s Managing Director Sebastian Maier, he explains where the idea came from, how the system was received by customers, and if it financially pays off.

Mr Sebastian Maier, you were honoured at DIMA for your digitally supported redemption system for plastic containers, which avoids waste. How did you come up with this idea?

I’ve been working in the area of raw materials for many years and in many different countries. Particularly in the Asian and African countries, waste disposal has been and continues to be a huge problem. In the B2B segment, we export around 100,000 bottles and canisters every month as oil containers made of plastic – so it’s a matter of course that we ask ourselves what we can do for the environment within this process. After all, it’s not just about the mountains of plastic, but also the remaining oil in the containers and its professional disposal so that it doesn’t end up in the groundwater. The first pilot project started in 2018 in Burkina Faso, and today it’s being realised on nearly the entire continent.

Professional plastic containers are available with a redemption value of between 25 euro cents and one euro. How many canisters are really returned?

Before Covid it was around 65 to 70 per cent. At that rate, we ordered less plastic as a raw material. Due to the transport challenges and the halt in exports during the pandemic, the share of returned containers, however, has decreased slightly. 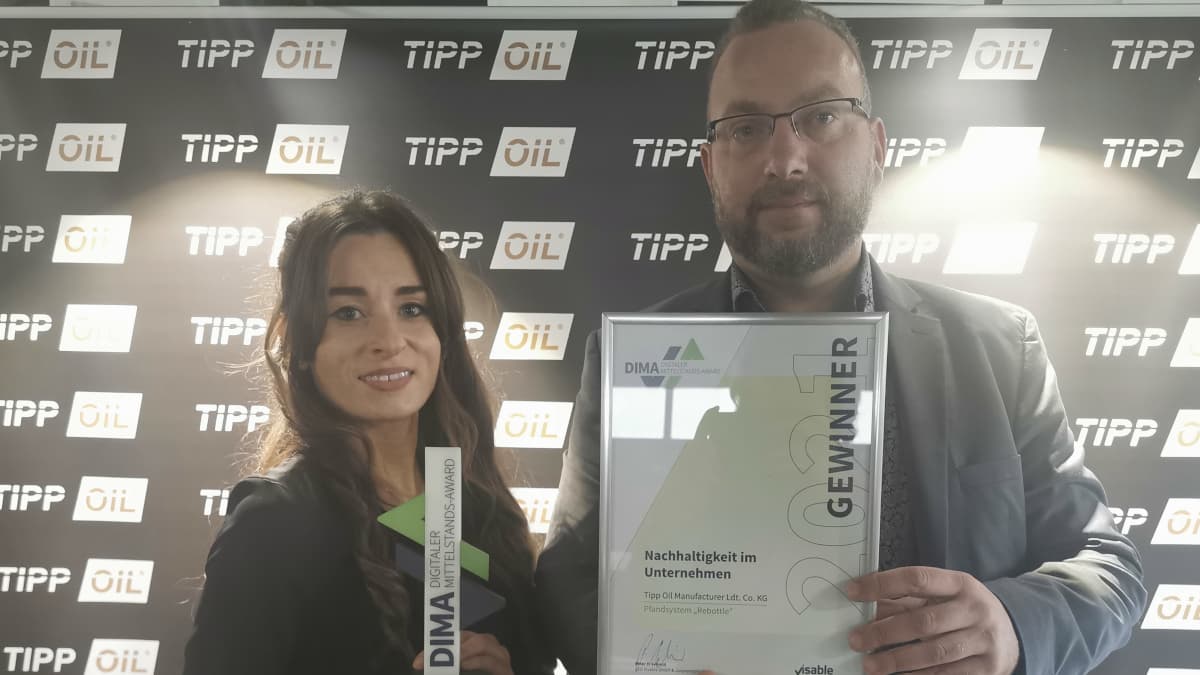 What about the value-for-money factor for your company? One the one hand, you save in the procurement of plastic – on the other hand, the redemption system costs your organisation money for transport and cleaning …

The efforts are indeed high, but we also profit in other ways – not just in saving money by purchasing less plastic. Customer loyalty has become stronger than ever, sales have grown, and our brand awareness has continually increased. And in the current situation in which prices for raw materials are breaking records, the redemption system naturally makes us a bit more independent. On average, an oil container can be re-used nearly two years long.

Has this increase in awareness, which has been reinforced by winning the DIMA, already played a role in the new business year?

To date, we have only been active in the B2B segment, but more and more German end users are showing interest in products from Tipp Oil. This is why we are planning a cooperation with Globus Holding and ATU, who are amazed by our recycling system. What’s more, by winning the award, we hope to gain new retail partners in Germany and in other countries so that our redemption system can come into use throughout Europe.