Programmatic advertising has been a vigorously growing segment in the advertising market for many years. Find out what it is all about, what the advantages and disadvantages are and how your business can remain a player on the market in times of cookie-less online advertising. 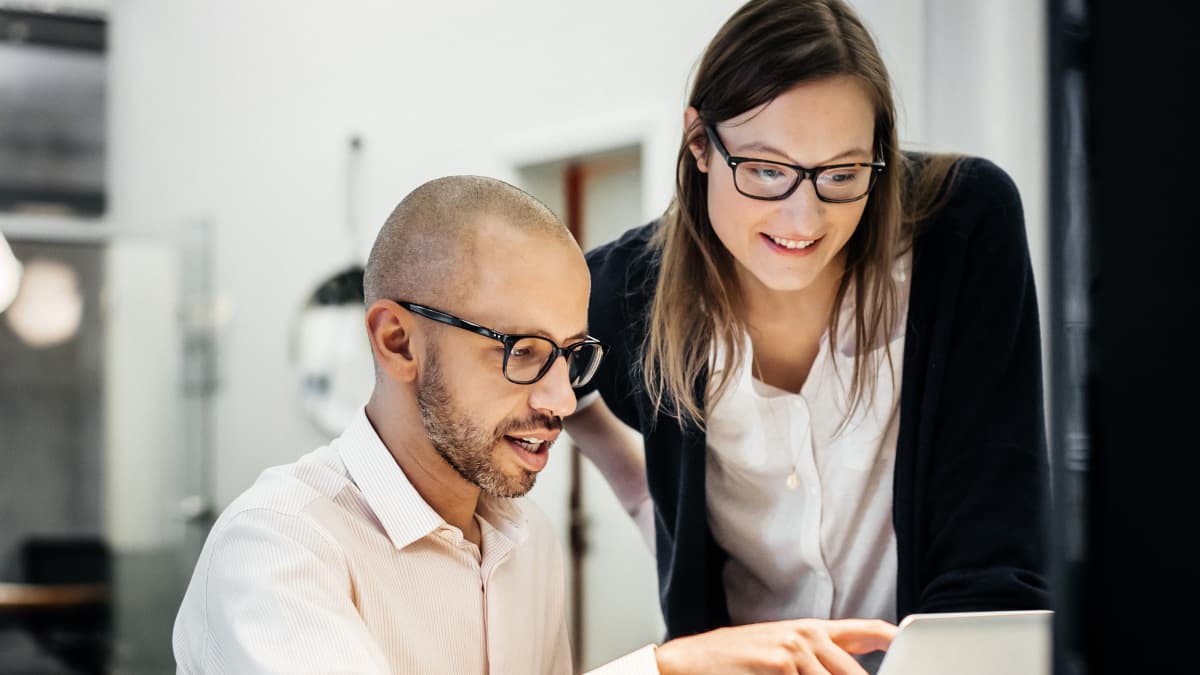 Programmatic advertising is a form of B2B marketing that has been very popular for many years now and is characterised by a fully automatic and customised buying and selling of online advertising space. Based on the data provided, such as age, gender, interests or location, the user sees web banners, ads or other forms of advertising that have been customised for them in a targeted way. Within just seconds, space for this advertising is automatically auctioned off on special online platforms.

When the user visits an online shop, for instance, the user data is compared with the criteria defined by the advertisers – and the auction begins. The highest bidder can then display their ad at lightning speed on the website’s ad space. However, if a marketer has defined that only men between the ages of 20 and 50 years old should see the ad, and the user is 60 years old, then the respective ad is not displayed.

This data-driven advertising business is all the trend. According to the latest forecast from Online-Vermarkterkreises (OVK), 71 per cent of all digital display advertising turnover will be automatically handled in 2022. This is equivalent to a volume of 4 billion euros – a further increase over the previous year.

And programmatic advertising has even spited the Covid crisis. As the Programmatic Data Report 2021 (German) from the data specialists at Emetriq shows, the ad impressions rose sharply again after just a short setback spanning two months and the market quickly stabilised again. 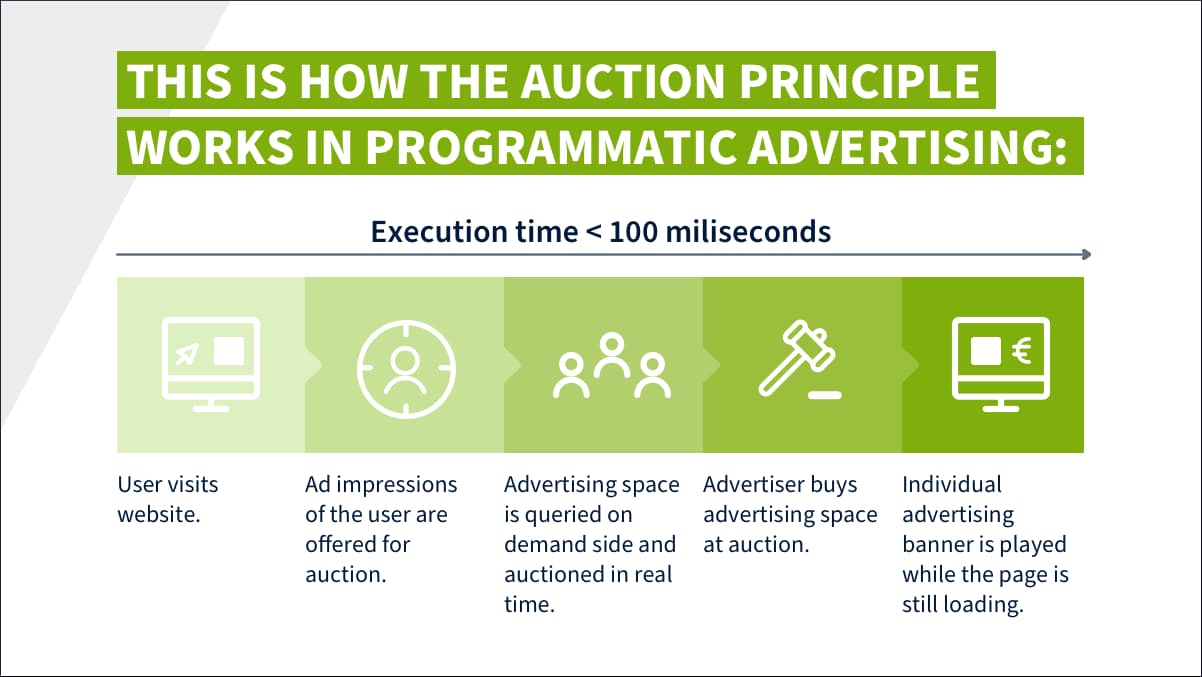 The pros and cons of programmatic advertising

The rise in popularity of programmatic advertising is due to the whole host of advantages this form of advertising brings along with it. However, companies should also be aware of the disadvantages.

Challenges of these cookie-less times

Third-party cookies continue to play a leading role in programmatic advertising. These allow visitors of websites to be identified and their behaviour on the Internet followed. As a result, these small text files are a valuable tool for online marketing when it comes to recognising existing and potential customers. But at the end of 2023 at the latest, all the relevant browsers will say farewell to the use of third-party cookies. Then it will most likely become much more difficult for advertisers to reach their target groups in a more targeted way in future than is currently the case.

There are indeed alternatives today, such as the generation of pseudonymised profiles using first-party data. But as of mid-2022, these ideas have yet to be ripe. Even Google is interested in offering advertisers a comparable alternative to third-party cookies. As part of its Privacy Sandbox Project, the company is working on a solution by the name of Topics. For this, an algorithm allocates certain interests to individual Internet users that were recognised by previously visited websites. Companies can then use these for their targeting measures.