Before the corona pandemic, trade fairs were an immensely important marketing and sales tool – especially for B2B companies. But a current survey by Visable shows that conventional trade fairs have become less significant. The younger generation, above all, is relying on digital alternatives. 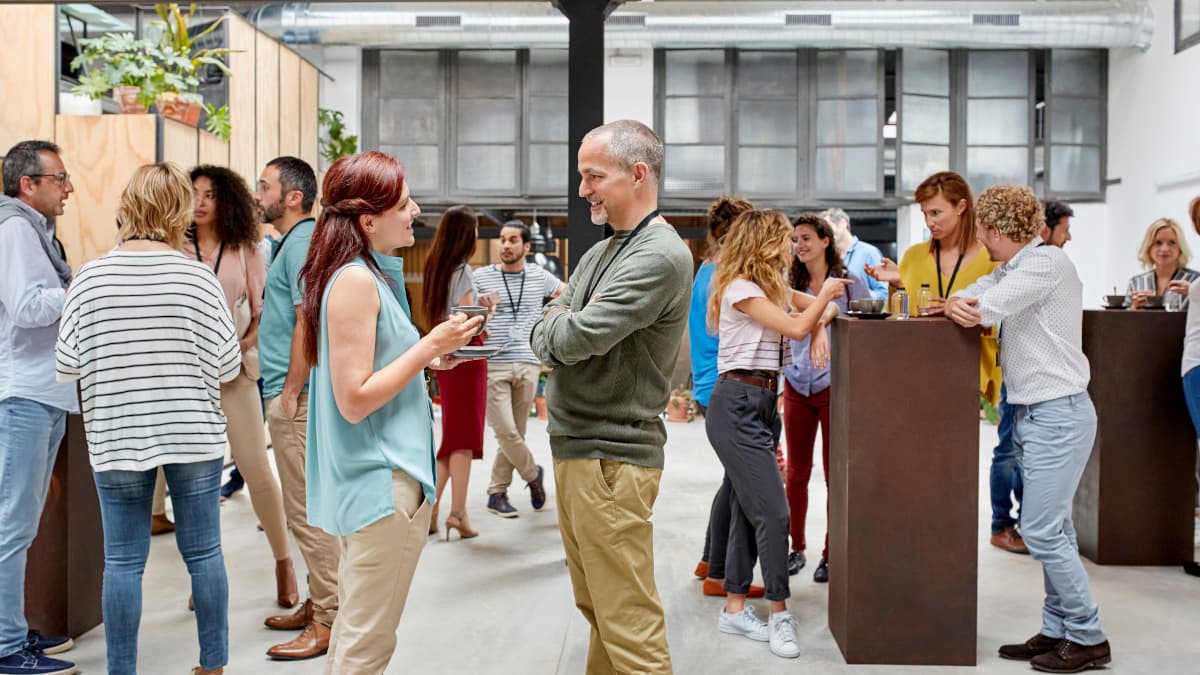 For many years, trade fairs have been considered an important factor in the marketing mix for small and medium-sized B2B enterprises. They have only been second in importance to an own website, according to an AUMA survey between the years 2015 and 2019, regarding B2B communication for exhibiting companies. Which is why it was expected that the cancellation of around 70 per cent of all trade fairs in 2020, due to the corona pandemic, would hit the majority of companies hard.

But as a Visable survey among 1,002 private-sector decision-makers in Germany shows, this assumption has apparently been refuted. The importance of trade fairs appears to have taken a significant slump in 2021. The unavoidable lack of such events represents just a small loss or does not represent any loss at all for more than 56 per cent of those questioned. A total of 42 per cent of the survey’s participants would not even miss trade fairs if they never took place again. More than one third of all private-sector decision-makers were never represented at trade fairs as it was, according to the survey.

Only every fifth of those companies questioned (21 per cent) would like to actively exhibit at trade fairs when the restrictions are lifted. Nearly 15 per cent of companies want to exhibit less than before the pandemic. At the same time, in a survey conducted by Visable and the Macromedia University of Applied Sciences Hamburg, 24 percent of respondents said they could imagine investing in digital trade fair concepts in the future.

The degree to which the relevance of in-person trade fairs has declined depends on the industry. After all, around one third of decision-makers in machinery and plant engineering want to exhibit at trade fairs in future, making them the leading group. Nearly half stated that the lack of leading trade fairs would represent a huge loss. The employees within this industry were hit hard compared to others during the pandemic due to the strong decline in business contacts. Nearly one fifth of them recorded up to 60 per cent fewer points of contact with business partners.

When it comes to the leadership heads in the construction sector, as well as the real estate and housing sectors, conventional trade fairs have registered heavy losses in importance; only one fifth are planning to be active as exhibitors in future. And only 21 per cent of employees would feel a huge loss by the lack of leading trade fairs.

A reason for the sinking value of in-person trade fairs is the move of these events to the Internet. Virtual trade fairs represent a reasonable alternative mainly for many younger decision-makers (55 per cent) up to the age of 29. The three most named advantages are the lower costs, the aspect of sustainability and the savings in time. Nearly half of these junior managers are also relying on online platforms and marketplaces as measures for effective leads generation.

“What we have been observing for years now is confirmed by the results of this survey: the relevance of in-person trade fairs is dwindling for companies in many industries. Frequently, the personnel and financial efforts required do not pan out compared to the use of such trade fairs. Particularly the corona pandemic has proven: they also work digitally. Companies are increasingly realising the benefits of e-sourcing, digital platforms or virtual presentations of their products and services – which is much more affordable, efficient and sustainable too,” emphasises Peter F. Schmid, CEO of Visable.